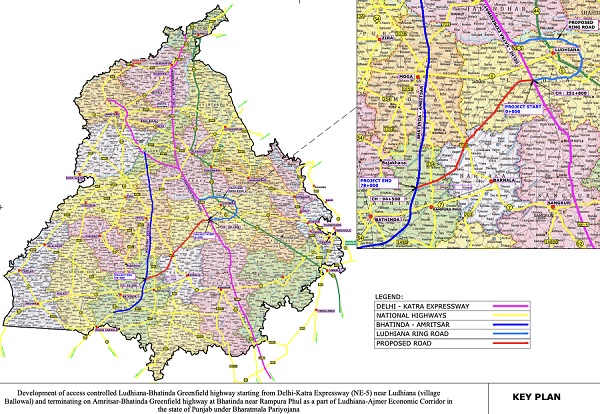 This 6 lane greenfield access-controlled project in Punjab with 2 packages is part of the Ludhiana – Ajmer Economic Corridor (EC-8). Its route will connect Ballowal village on the upcoming Delhi – Amritsar Expressway (NE–5) with Rampura Phul on the upcoming Amritsar – Bhatinda Expressway (NH754AD).

Package 1 is 30.30 km long and lies on the project’s southern-end. NHAI invited tenders for its construction in January 2021 with a 2 year deadline.

The following map from the government’s bhoomirashi site shows the expressway’s alignment in red color. A detailed alignment can be viewed here.

This expressway with 2 packages has been designed with a 60m ROW (right of way) at an estimated cost of Rs. 1716.17 crore. More design details and a list of its packages can be viewed here. Technical bids for Package 2 are currently planned to be opened on July 16. 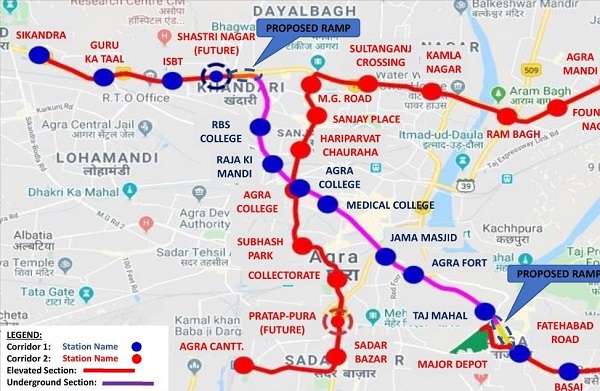 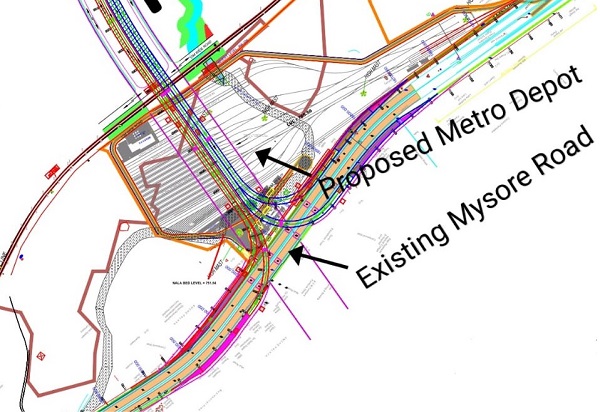 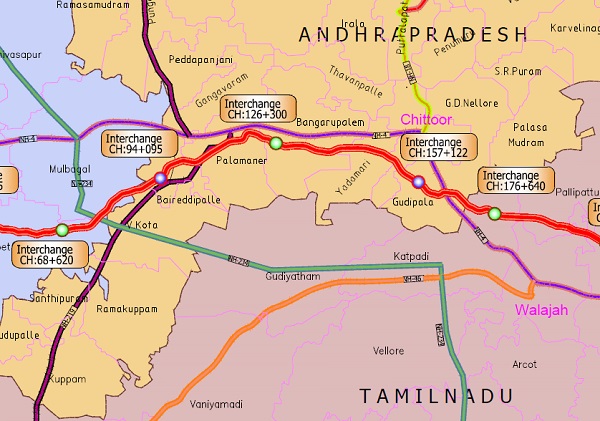