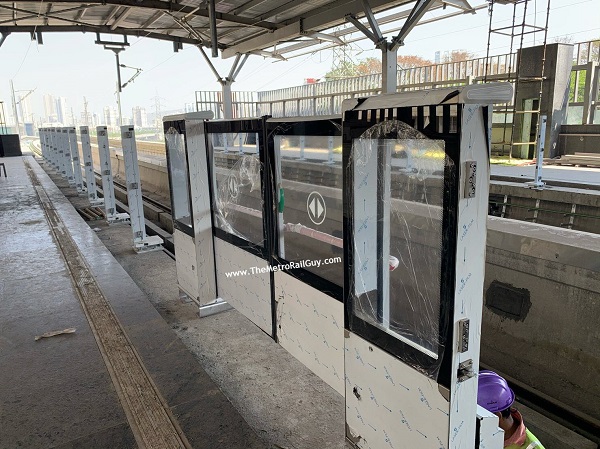 This is the very 1st PSD to be installed on this ADB-funded elevated line which will connect Dahisar East – Andheri East (Gundavali) through 14 stations.

Also known as a platform screen gate (PSG), their installation across Mumbai Metro’s early-bird elevated Line-2 and Line-7 has been planned with a single aim to prevent suicides and accidents due to passenger movement, especially since the platforms aren’t as wide as elsewhere around the country.

For Line-7’s PSDs – its combined USD 8.142 million & INR 27.79 crore crore contract was awarded to CRRC Zhuzhou Times Electric in May 2019, through Package MS03 (Lot 2) by the Delhi Metro Rail Corporation (DMRC). The scope includes their design, manufacture, installation and commissioning.

The PSDs at Kolkata Metro’s new Line-2 were also installed by CRRC Zhuzhou.

Old images from inside and outside of Akurli Station can be viewed here. Core cutting works to install PSDs on Line-2A started last week at Borivali West Station by KTK Group. 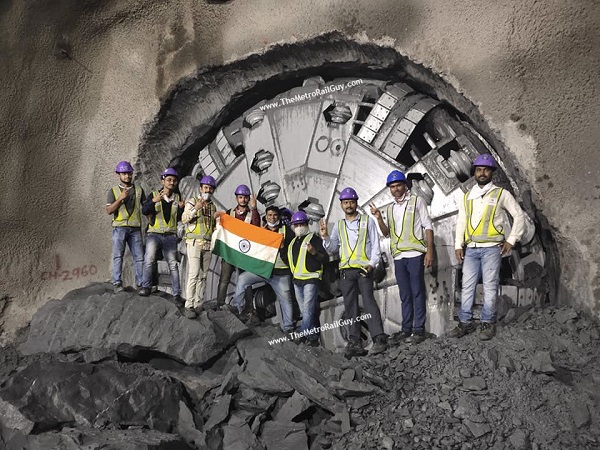 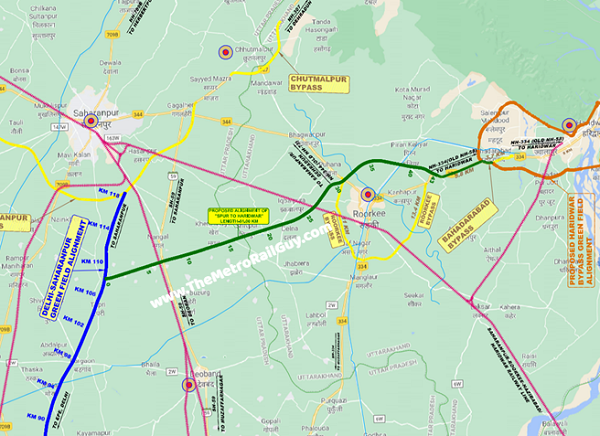 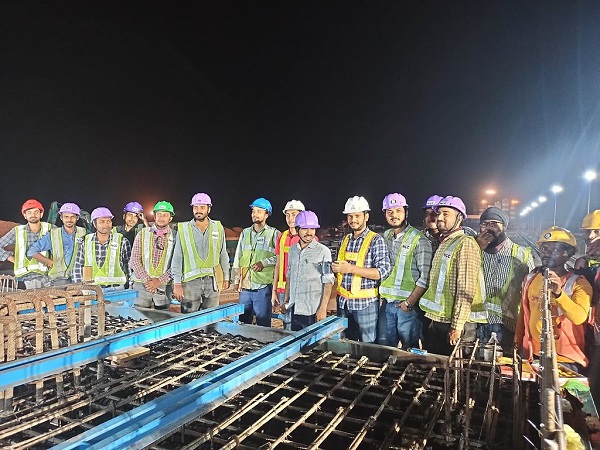